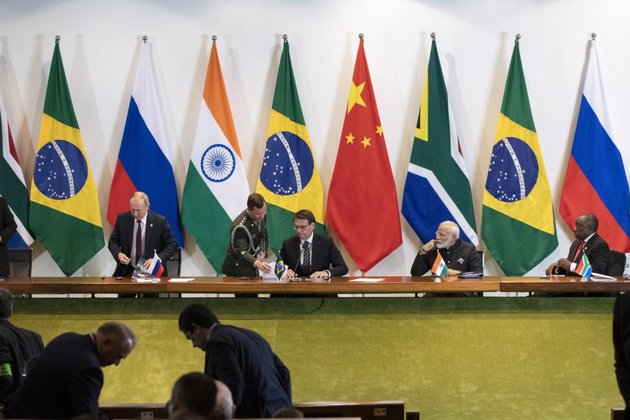 Leaders of the BRICS grouping of countries -- Brazil, Russia, India, China, and South Africa -- have railed against protectionism as they vowed to shore up multilateralism.

In a declaration issued on November 14 during a summit in Brasilia, Brazil, the five leaders called on all member states of the World Trade Organization (WTO) to 'avoid unilateral and protectionist measures.'

'Trade tensions and policy uncertainty have taken a toll on confidence, trade, investment and growth' in the global economy, they said.

Putin said 'protectionism was thriving' amid the use of 'unilateral sanctions.'

The United States is locked in a protracted trade war with China, and Russian officials have repeatedly accused Washington of using the threat of sanctions as a form of unfair competition.

The statement, issued on the second day of the annual BRICS summit, also stresses a commitment to overcome 'significant challenges' facing multilateralism and preserve the United Nation's role in international issues

It also commits to the Paris climate agreement and to Syria's 'territorial integrity.'

With reporting by AFP and AP