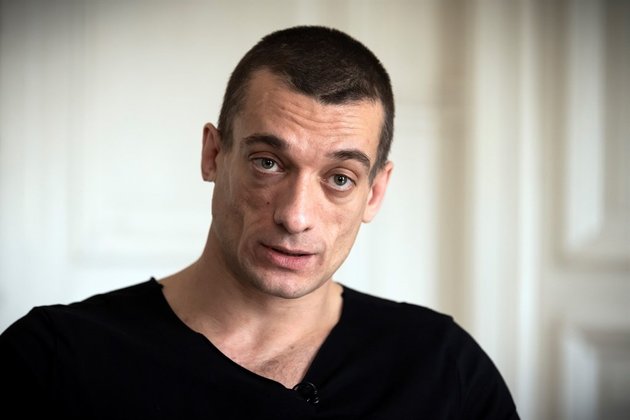 French prosecutors on Tuesday placed a Russian artist and his girlfriend under official investigation over the leaking of a sex video that brought down a close ally of President Emmanuel Macron.

Pyotr Pavlensky and Alexandra de Taddeo are facing charges of invasion of privacy and publishing images of a sexual nature without consent over the leaking of the video that forced the governing party's Benjamin Griveaux to end his campaign to become mayor of Paris.

Pavlensky is also being probed over a knife fight at a New Year's Eve party in Paris.

Paris prosecutors on Tuesday requested he be placed in detention over that incident.

Pavlensky, 35, and de Taddeo, 29, were taken into custody on Saturday and questioned for two days. They will be brought before an investigating magistrate later on Tuesday to face possible charges.

De Taddeo is believed to have been the recipient of the video and messages, which were uploaded onto a website created by Pavlensky and widely shared on social media.

Griveaux, a married father of three and former government spokesperson, pulled out of the running for Paris mayor after the scandal broke.

The leaking of the video triggered an outpouring of sympathy for the politician in France, where politicians and the media have dismissed sex scandals as private affairs.

Pavlensky, who made global headlines in 2013 when he nailed his scrotum to Red Square in Moscow as a form of political protest, told AFP last week that he had wanted to expose the "hypocrisy" of the 42-year-old who had made families a core theme of his campaign.

With just a month to go until the municipal elections, former health minister Agnes Buzyn was scrambled to take his place as the Paris mayoral candidate of Macron's Republic on the Move (LREM) party.

She faces a stiff challenge to oust the Socialist incumbent Anne Hidalgo - Griveaux was already running in a distant third place before the video emerged.

Pavlensky, who has a long record of radical protests, received asylum in France in 2017 after falling foul of Russian authorities.

He was originally detained on Saturday on accusations he pulled a knife during a brawl at a New Year's Eve party in Paris, before investigators shifted their focus to the leaked sex video.