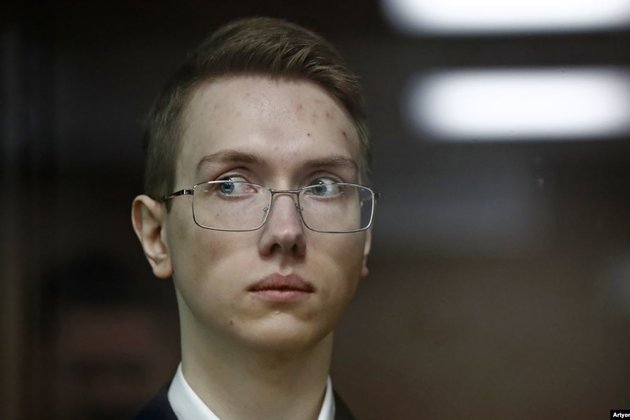 MOSCOW -- A Moscow court has given an activist arrested over an unsanctioned rally on July 27 a three-year suspended sentence.

Andrei Barshai, a student at the Moscow Aviation Institute is the last defendant in what has been dubbed the 'Moscow Case.'

Earlier on February 18, prosecutors had asked the Meshchansky District Court to find the 21-year-old Barshai guilty of assaulting a police officer during the pro-democracy rally, and to sentence him to 3 1/2 years in prison.

The alleged victim, riot police officer Andrei Kozlov, called for punishment that does not involve incarceration, saying he personally has no problems with the defendant.

In an open letter, 140 Russian scientists and scholars have called for Barshai's release, saying that the country 'needs such young people."

"It is necessary to teach them and take care of them, but not to frighten and imprison them,' the letter reads.

Several sanctioned and unsanctioned rallies were held in Moscow over the summer in protest at a decision by authorities to ban independent and opposition candidates from running in September municipal elections.

Dozens of protesters have been fined or given jail sentences for organizing and participating in the unsanctioned rallies.

The Moscow-based Memorial Human Rights Center has declared Barshai and several other activists arrested in the case political prisoners.

Russian security forces have been criticized for their heavy-handed tactics during the rallies.