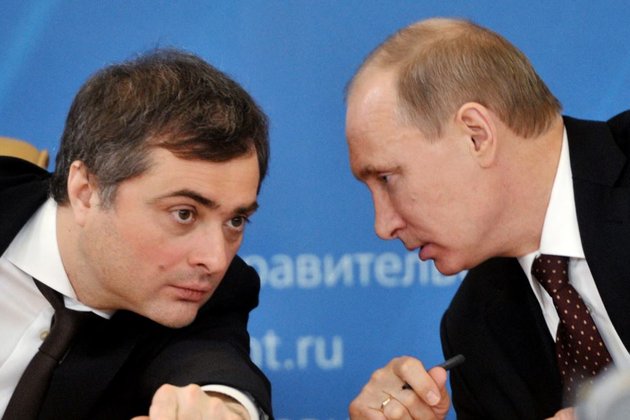 Russian President Vladimir Putin has fired influential longtime aide Vladislav Surkov following weeks of speculation that the 55-year-old was leaving the Kremlin amid a change in its Ukraine policy.

Putin's decree dismissing Surkov was published on the Kremlin's website on February 18 and is effective immediately.

Surkov had been Russia's chief representative for peace talks between Kyiv and Moscow-backed separatists in Ukraine's eastern regions of Donetsk and Luhansk, generally known as the Donbas, where more than 13,000 people have been killed during the nearly six-year war.

The role was part of Surkov's larger portfolio overseeing the Kremlin's ties with former Soviet states.

However, the Kremlin announced earlier this month that veteran official Dmitry Kozak would replace Surkov as Russia's representative in the talks amid a new push by Ukrainian President Volodymyr Zelenskiy to de-escalate tensions in the region.

Ukrainian negotiators reportedly had hard feelings toward Surkov, which some analysts said was an obstacle to progress on peace.

Aleksei Chesnakov, a political analyst and friend of Surkov's, said on January 25 that the presidential aide had left his position due to a 'change of course on Ukraine.'

Kremlin spokesman Dmitry Peskov said at the time that there was no decree on Surkov's resignation and no change in the Kremlin's Ukraine policy.

But Zelenskiy and Putin in December held the first peace talks between the nation's two leaders in more than three years and agreed to a second prisoner swap -- which was carried out later that month -- and a cease-fire.

Shortly before Putin's decree ousting Surkov from his position was announced, clashes broke out between Ukrainian forces and rebels in the Donbas.

The Ukrainian Defense Ministry said one of its soldiers was killed and four were wounded in the February 18 fighting, while the rebels claimed they lost four men.

Widely known as the 'gray cardinal,' Surkov helped craft the Kremlin's domination of domestic politics and Russia's expansionist policies in Ukraine and elsewhere in the former Soviet space.

Surkov helped build the Kremlin's tightly controlled political process in the 2000s -- which he has called 'sovereign democracy' -- and spearheaded the creation of youth groups to counter 'colored revolutions' taking place in other post-Soviet states.

He was pushed from the Kremlin in 2011 after street protests against the system he helped create. He spent a year in government as a deputy prime minister before quitting in May 2013 following a dispute with investigators looking into suspected fraud.

Surkov served as an adviser to Putin on aid to the Moscow-backed breakaway Georgian regions of Abkhazia and South Ossetia, which Russia recognized as independent after a short war with Georgia in 2008.

His performance there came under question after protests broke out in Abkhazia in January following September elections that many residents considered fraudulent.

The leader of Abkhazia agreed to step down days later following a visit by Surkov.