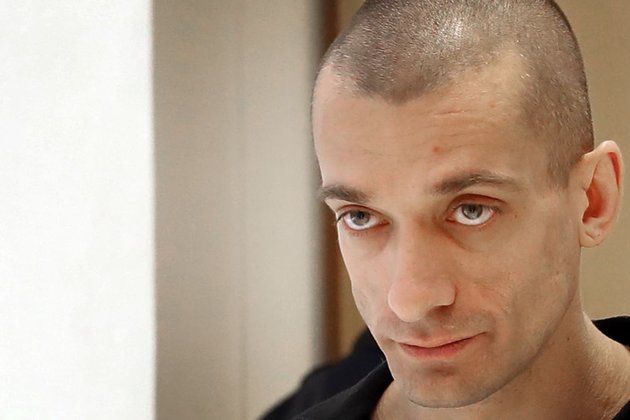 Russian artist Pyotr Pavlensky and his girlfriend have been charged for their alleged roles in leaking a sex video that helped upend the Paris mayoral race and bring down a close ally of President Emmanuel Macron, their lawyers say.

Yassine Bouzrou, the lawyer for Pavlensky, said on February 18 that the Russian man was released from custody and placed under judicial supervision.

Pavlensky, 35, and de Taddeo, 29, are charged with invasion of privacy and publishing images of a sexual nature without consent over the leaking of the video that forced Benjamin Griveaux to end his mayoral campaign.

Reports in the French media said the videos are believed to have been sent in May 2018 by Griveaux, then the government spokesman, to de Taddeo before she became Pavlensky's girlfriend.

Pavlensky has claimed responsibility for posting the video online, saying he was 'glad to have done this' to denounce "hypocrisy' and 'lies" by Griveaux.

Pavlensky and de Taddeo were taken into custody on February 15 and questioned for two days before being brought before the magistrate on February 18.

His lawyer said the artist refused to answer questions posed by investigators during his detention.

De Taddeo admitted she was the recipient of sex videos allegedly sent to her by Griveaux, but she denies being involved in their being uploaded to the Internet, her lawyer said.

Pavlensky is also being probed in a separate case over a knife fight at a New Year's Eve party in Paris.

Pavlensky fled Russia in 2017 and was granted political asylum in France.

The artist is known for attention-grabbing protests aimed at breaking through public indifference to perceived oppression.

In the past, he has nailed his scrotum to Moscow's Red Square, sewn his lips together, wrapped himself naked in barbed wire, and chopped off part of his ear.

Griveaux, a married father of three and member of Macron's centrist La Republique En Marche (LREM) party, pulled out of the running for Paris mayor after the scandal broke.

Former Health Minister Agnes Buzyn took his place as the Paris mayoral candidate of the LREM.

With reporting by AP, AFP, and dpa