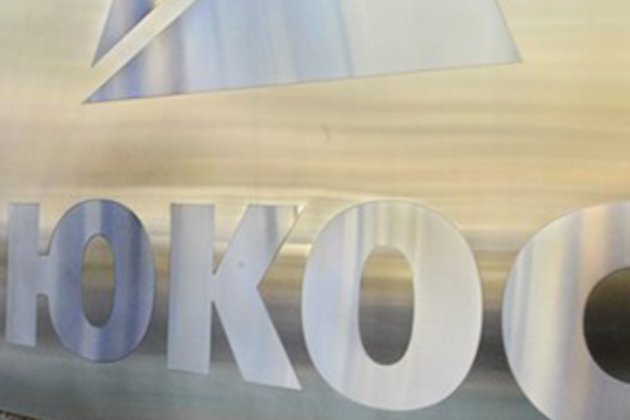 MOSCOW - An international appeals court in the Netherlands has ordered Russia to pay $50 billion in compensation to shareholders of the former oil company, Yukos.

It is the latest chapter in a long-running saga that came to define Russia's political and business climate in the early years of Russian President Vladimir Putin's rule.

According to the ruling issued by The Hague Court of Appeal, Yukos - the one-time oil giant owned by Russian businessman-turned-Kremlin-foe Mikhail Khodorkovsky - unfairly lost tens of billions of dollars in revenue after Khodorkovsky was jailed and his company seized by the Russian government amid unpaid tax claims in 2004.

Tuesday's ruling in effect reinstated an earlier 2014 court-ordered compensation package that had been overturned during a later appeal that went in Russia's favor.

The court ruled that decision "not correct," adding "the arbitration order is in force again."

"This is a victory for the rule of law," Tim Osborne, chief executive of GML, a company that represents Yukos shareholders, said in a statement. "The independent courts of a democracy have shown their integrity and served justice. A brutal kleptocracy has been held to account."

Russia's Justice Ministry indicated it would appeal the decision, arguing the court "failed to take into account the illegitimate use by former Yukos shareholders of the Energy Charter Treaty that wasn't ratified by the Russian Federation."

The ministry also noted that a 2011 European Court for Human Rights review had rejected allegations the case against Yukos was politically motivated.

In a message posted on Facebook, Khodorkovsky denied that he had gained financially from the decision, but celebrated its outcome nonetheless.

"For it has confirmed not only in procedure but in essence: The seizure of Yukos was not about taxes, but a fight with a political opponent," he said.

The Yukos case played an outsized role in defining what kind of Russia Putin would come to build.

On the surface, it was a business dispute. The Kremlin argued that Khodorkovsky and his company owed millions in unpaid taxes. In reality, it was more about politics and power.

Putin, still relatively new to the Kremlin post in the early 2000s, sought to assert himself over powerful business barons - the so-called oligarchs - who had played a big role in government affairs under his predecessor, Boris Yeltsin.

Putin's offer: Stay out of politics and keep your wealth.

To supporters, Khodorkovsky represented the best of an emerging Russian business culture - a reformed oligarch looking to play by western rules of transparency and fair play.

To his detractors, including Putin, he was merely a wolf in sheep's clothing.

A turning point was a meeting with Putin and the business elite in 2003, in which Khodorkovsky and the Kremlin leader openly sparred over corruption.

An initial trial found him guilty of tax evasion and sentenced him to nine years in prison. A second criminal investigation added money laundering and additional years to Khodorkovsky's prison term.

Amnesty International labeled the former tycoon a prisoner of conscience.

Meanwhile, the Kremlin oversaw Yukos's dismantling, divvying up its prized assets to a new cadre of Kremlin loyalists at bargain prices until the oil giant was bankrupt.

Putin freed Khodorkovsky as part of a wider amnesty ahead of the Sochi Games in 2014 - and a promise the businessman would stay out of politics.

Yet Russia, and Putin, have remained the focus of Khodorkovsky's work after he fled Russia for Europe.

He relaunched his NGO, Open Russia, with an eye toward reforming Russian civil society and insuring free and fair elections.

The organization was put on Russia's "undesirable organizations" list in 2017, and its employees were routinely hounded by police.

In a further sign that Khodorkovsky's activities are perceived as a threat to the Kremlin, Putin proposed a ban on Russians who lived abroad from assuming the presidency, amid a wide-ranging set of reforms to the constitution earlier this year.

The amendment, currently under review by Russian lawmakers, seemed almost tailor-made to Khodorkovsky.

And yet, it was another constitutional amendment suggested by Putin - that Russia no longer abide by international court decisions when it felt its state interests were infringed - that seemed to anticipate today's Hague ruling in favor of compensation.

Indeed, while Khodorkovsky acknowledged money to Yukos would likely not be forthcoming, he waxed lyrical on Russia's future beyond the Putin era.

"Russia is my homeland. And my homeland has no secret accounts, does not rob companies, and has no political opponents," Khodorkovsky said on Twitter. "It has only sons."